Understanding how tumors reprogram their micro-environment in order to survive 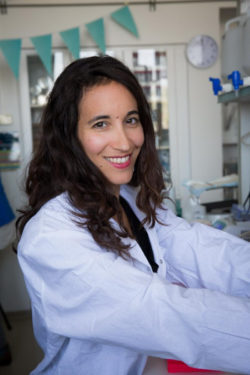 Ruth Scherz-Shouval, Ph.D., a senior researcher at the Weizmann Institute of Science in Israel, has already shown this happens in the case of a protein called Heat Shock Factor 1 (HSF1). This protein’s job is to protect cells when they are subjected to unusually high temperatures—whether from external sources like a 100°F day or internal sources such as inflammation or fever. Dr. Scherz-Shouval has found that HSF1 is a strong enabler of malignancy when activated in normal cells residing within tumors in patients with lung or breast cancer.

Now, funded in part by a Gesher Award for Excellence in the field of Cancer Research, Dr. Scherz-Shouval and her team are working to understand how cancer cells manage to hijack HSF1 and other stress responses. The award is funded by the Israel Cancer Research Fund in cooperation with the Israel Ministry of Science, Technology and Space.

Because normal cells in the tumor microenvironment are not mutated, Dr. Scherz-Shouval said, “It may be easier to target them or even re-educate them, to remind them that they are supposed to be trying to kill the tumor and not to help the tumor survive.”

The research team began by analyzing tissue samples from patients with early stage breast and lung cancer. Using a staining technique that allowed them to identify cells in which HSF1 was activated, they found many more activated cells in the tumor microenvironment than in other tissues.

Next, the researchers found that by removing HSF1 from n 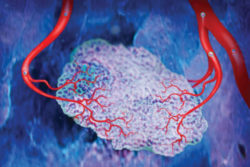 In addition to developing treatment drugs, increased understanding of how cancer cells use HSF1 and other stress response factors has the potential to help with prognosis. If an early-stage tumor has few HSF1 positive cells, doctors may be able to choose to monitor the tumor while treating it less aggressively, sparing patients the suffering associated with more aggressive treatments.