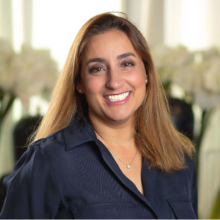 We have been reading all over the media that your lab has “printed” the first 3D living malignant brain tumor. Can you describe this incredible development?

Many drugs show promising results in laboratory research, but eventually fail in clinical trials because the success achieved in the laboratory cannot be recreated in real people. We hypothesize that one main reason for this translational gap is that current cancer models are inadequate. The reason is that cancer, like all tissues, behaves very differently on a plastic surface than it does in the human body. We understood that growing all types of cancer on identical plastic surfaces is not an optimal simulation of the clinical situation.

We have created the first 3D-bioprinted model of a perfusable and viable glioblastoma tumor, which includes 3D cancer tissue enveloped in extracellular matrix and fluid, and communicates with its environment via functioning blood vessels. The complex intratumoral heterogeneity and the tumor microenvironment are the major contributors of glioblastoma cell resistance to therapy. The brain tumor microenvironment is known to be a dynamic and complex population which plays a major role in tumor progression, involving various signaling pathways which impact glioblastoma cell growth and invasion. Therefore, models that better mimic the intricate microenvironment of glioblastoma have the potential to facilitate the development of effective alternative treatment options.

Which benefits do you hope to achieve with this tumor simulation?

We observed similar growth curves, drug response and genetic signature of glioblastoma cells grown in our 3D-bioink platform and in in-vivo studies as opposed to 2D culture grown on a standard plastic dish. We proved that our 3D bioprinted cancer model is better suited to prediction and drug development in three different ways. First, we tested a substance that inhibited the protein we had discovered, P-Selectin, in glioblastoma cell cultures in 2D petri dishes, and found no difference between the treated cells and the control cells. In contrast, in both animal models and in the 3D printed models, we were able to delay the progress of glioblastoma by blocking the P-Selectin protein. This experiment showed us why potentially effective drugs never reach the clinic simply because they are tested on 2D models, and vice versa: why drugs considered a phenomenal success in the lab, ultimately fail in clinical trials. In addition, collaborating with the lab of Dr. Asaf Madi of the Pathology Dept. at TAU’s Faculty of Medicine, we conducted genetic sequencing of the cancer cells grown in the 3D model, and compared them to both cancer cells grown on 2D plastic petri dish and cancer cells taken from patients. Thus, we demonstrated a much greater resemblance between the 3D-printed cells and brain cancer cells in their natural environment. Through time, the cancer cells grown on plastic change considerably, finally losing any resemblance to the cancer cells in the patient’s brain. The third proof was obtained by measuring the tumors’ rate of growth. Glioblastoma is an aggressive disease partly because it is unpredictable: when the heterogeneous cancer cells are injected separately into model animals, the cancer will remain dormant in some, while in others, an active tumor will develop rapidly. This makes sense because we, as humans, can die peacefully of old age without ever knowing we have harbored such dormant tumors. On the dish in the lab, however, all tumors grow at the same rate and spread in the same way. In our 3D-printed tumor, development is similar to what we see in patients or animal models.

As one of our leading researchers, can you tell us the role that ICRF has played in accelerating your career?

The ICRF has played a major role in advancing our research right from the beginning. It was the first to support me with a career development award when I just returned to Israel to open my independent lab. Since then, The ICRF continued to be a thrusted partner and since 2019, I was awarded the ICRF Professorship grant for 7 years. Watch the video here.