Finding treatments and cures for all forms of cancer

Since 1975, medical researchers, oncologists, and lay people have been fighting for a cure for cancer via the work of ICRF.  We harness the knowledge, educational resources, and research of Israels’ best and brightest scientists in order to save the lives of cancer patients in Toronto, North America and throughout the world. 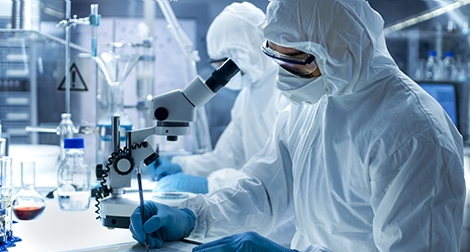 ICRF has funded scientists who went on to discover incredible medical breakthroughs. Two of our very own ICRF-funded  scientists (Professors Avram Hershko and Aaron Ciechanover of the Technion-Israel Institute of Technology) were nominated for and received the 2004 Nobel Prize in chemistry. We are committed to the medical breakthroughs that the ICRF founders envisioned in 1975 and continue to seek cures and treatments.

Our mission is to continue to find treatments and cures for all forms of cancer, utilizing the unique benefits Israel and its scientists have to offer. The results of the research have a significant impact in Toronto, across Canada and throughout the world.

An ICRF program to support clinical trials in Israel is announced at the ASCO meeting in St. Louis.

The first cancer research laboratory in the Negev is established with ICRF support.

Dr. Varda Rotter of the Weizmann Institute of Science is sponsored by ICRF to further explore the genetic machinery of the cancer cell and the role of the p53 gene in malignancy. By now, p53 is seen by many as the possible “key to the cure.”

ICRF hosts a mission to Israel. Donors meet the scientists they sponsor and tour their labs to see “first-hand” the critically important work they make possible.

At the Weizmann Institute, Dr. Yair Reisner’s work is funded by ICRF in the mid eighties. Credited with greatly expanding the horizons of bone marrow transplantation, he later accompanied Dr. Robert Gale to Chernobyl after the nuclear disaster.

The ICRF International Scientific Council is formally organized to oversee and periodically review ICRF policy, direction and grant structure; its role is to augment the ICRF advisory board and review panels, guiding ICRF into the nineties.

ICRF scientists are in the news with: The development of a powerful new Hepatitis B vaccine by Dr. Yosef Shaul as an “offshoot” of his work in liver cancer at the Weizmann Institute; The pioneering work of Dr. Shimon Slavin in the growth and expansion of Israel’s bone marrow transplantation clinic, the largest such clinic in the Middle East; and An innovative psychological study of men and women with colon cancer and their spouses, conducted by Dr. Lea Baider at Hadassah University Hospital

ICRF passes the $10 million mark in funding. That same year, the second ICRF scientific conference is held at Kibbutz Ma’aleh Hahamisha outside Jerusalem and ICRF awards seven fellowship/project grants to Soviet scientists resettling in Israel, meeting its mandate, while assisting in the assimilation of the sudden influx of millions of Jewish émigrés. The Soviet scientists are sponsored at Ben Gurion University, Tel Aviv University, Kaplan Hospital and the Weizmann Institute.

Dr. Eli Canaani and his team, supported by ICRF at the Weizmann Institute of Science, identify the molecular structure of the so-called “Philadelphia Chromosome,” the first abnormal chromosome found in leukemia.

ICRF-sponsored, Dr. Alberto Gabizon and his team, develop Liposomal Adriamycin, now marketed as Doxil®, a highly-effective, new drug for Kaposi’s Sarcoma, a form of cancer in AIDS patients, and with promising activity against other cancers such as breast and ovarian cancers. Dr. Gabizon conducted his research at Hadassah University Hospital.

Dr. Ephrat Levy-Lahad of Shaare Zedek Medical Center undertakes a national study to address three questions: What proportion of breast and ovarian cancer in Israel is caused by BRCA1 and BRCA2 mutations? What is the actual cancer risk for women who are mutation carriers? Is the cancer risk of those carriers influenced by reproductive or environmental factors?

Dr. Yair Reisner of the Weizmann Institute and his team develop a novel bone marrow transplant technique for leukemia patients utilizing a marrow donor with only three immune markers in common with the patient instead of the normally required six, thus expanding the available donor pool for treatment.

Dr. Tsvee Lapidot (a former student of Dr. Reisner) and his research team at the Weizmann Institute uncover key elements of the mechanism responsible for stem cell migration from circulating blood to the bone marrow that may further improve the success rate of bone marrow transplantation.

Dr. Howard Cedar is recognized by the State of Israel with its prestigious national award, The Israel Prize in Biology, in 1999. He is acknowledged as a pioneer for his extraordinary achievements in understanding the processes of gene regulation, expression, and DNA replication.

ICRF noted twenty-five years of dedication to eliminating cancer for the benefit of mankind by sponsoring Israel’s most promising cancer researchers.

Drs. Aaron Ciechanover and Avram Hershko of Technion, Israel Institute of Technology, and a colleague are named recipients of the Albert Lasker Award for Basic Medical Research for the groundbreaking discovery of the ubiquitin system that regulates protein degradation and critically influences vital cellular events, cell cycles, and malignant transformation. The ubiquitin system has been implicated in the pathogenesis of many human diseases, including Alzheimer’s. More than 60 Lasker laureates have gone on to receive the Nobel Prize.

Dr. Eli Canaani’s earlier research leads to the 2001 development of Gleevec®, a drug with extraordinarily-promising results in the treatment of chronic myelogenous leukemia.

Leading her team at Shaare Zedek Medical Center in Jerusalem, Dr. Ephrat Levy-Lahad discovers a genetic abnormality in the RAD51 gene which significantly increases the likelihood of developing breast cancer among women with the BRCA2 gene mutation. Further testing for the RAD51 gene mutation may one day become an important prognostic tool.

And yet another year of “firsts,” as ICRF awards three Professorships for the first time in its history.

Based on the research of Drs. Ciechanover and Hershko, the first drug specifically targeted against the ubiquitin system, Velcade®, was developed and approved by the FDA. Velcade® is used for the treatment of multiple myeloma, a cancer of the bone marrow.

Drs. Ciechanover and Hershko become the first Israelis ever to win the Nobel Prize in the sciences for their discovery of the ubiquitin system.

The ICRF Donor Recognition Park debuts at the Tower of Hope Gala.

Six professorships are awarded by the Israel Cancer Research Fund in its 2007/2008 granting season.

Seven professorships – the most ever and including the first to a woman, Dr. Yehudit Bergman – highlight the 2008/2009 research grants.

Dr. Howard Cedar receives the Canada Gairdner International Award for his pioneering discoveries on DNA methylation and its role in gene expression.  More than 80 recipients of this esteemed award have subsequently won the Nobel Prize.

ICRF awards its first Acceleration Grant, a new type of grant intended to speed up our understanding of the biology underlying cancer and to provide new knowledge that will rapidly enhance the development of innovative therapeutics.

Four special grants are awarded under the Len and Susan Mark Initiative for Ovarian and Uterine/ MMMT Cancers to scientists at Bar-Ilan University, Chaim Sheba Medical Center, Hebrew University/ Hadassah Medical School, and the Weizmann Institute of Science.  Additionally, eleven Professorships are awarded – the most ever.

With the 2014/2015 funding year, ICRF will have awarded over 2,000 grants and surpassed the $50 million mark in support of world-class cancer research conducted in Israel.

Charity Navigator, the leading evaluator of American nonprofits, names ICRF as a 4-Star Charity, its highest rating level, citing ICRF’s good governance and other best practices, and its consistency in executing its mission in a fiscally-responsible and transparent way.

Israel Cancer Research Fund has over 45 years of history fighting cancer, and we anticipate continued success along the road to the cures. With the valuable assistance of ICRF-funded scientists and our international family of friends, we feel confident that those cures will come from Israel. 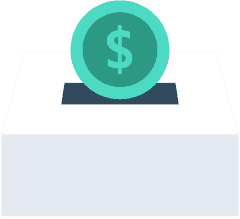 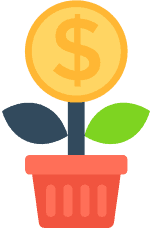 To date, ICRF has contributed more than USD $78,000,000 for over 2500 grants, involving all major hospitals, universities and cancer research projects throughout Israel.