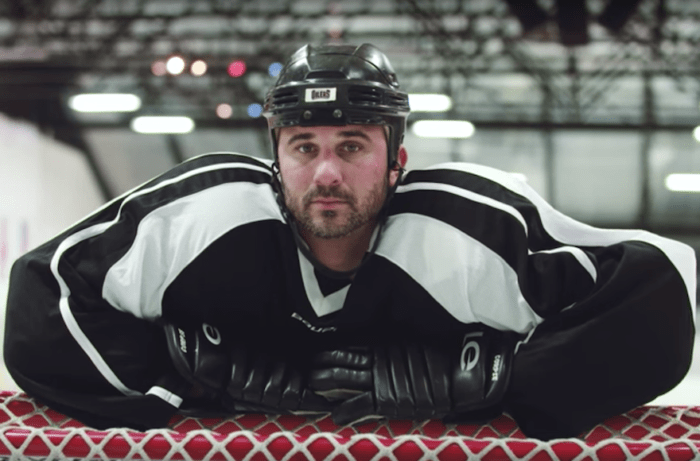 CHICAGO — Hockey had been the focal point of Sam Fields’ life for almost as long as he can remember.

A Chicago native who got into the sport at the age of eight, Fields had been playing professional hockey for about five years when he was tapped for a tryout with the National Hockey League. At the age of 27, he was on the cusp of becoming one of a handful of Jews in the NHL.

But just weeks before he was to head off to NHL training camp, Fields could barely rouse himself from bed. He was sleeping for 20-hour stretches, unable to shake off physical exhaustion. One day after forcing himself out of the house to run some errands, Fields passed out while behind the wheel of his car.

Initially, doctors thought he had the flu. But it quickly became clear that there was something much more serious going on. Fields eventually was diagnosed with chronic myeloid leukemia, or CML, a particularly aggressive form of cancer. Fewer than one in three such patients survived beyond five years, and Fields appeared to be in the advanced stages.

He was given two weeks to live.

“They gave me a death sentence,” recalled Fields.

That was in 2003. Now 40, Fields has been cancer free for almost 15 years. He credits Gleevec – a drug whose use for Fields’ illness was still in an experimental phase in 2003 — with saving his life.

“There is no question about it, I wouldn’t be here if it weren’t for that drug,” Fields said.

Gleevec was the first drug on the market to directly target the cancer-causing cells in CML while leaving healthy cells alone. Fast-tracked through clinical trials and approved by the FDA in 2001 for treatment under certain circumstances, Gleevec held out the promise of turning a fatal disease into a manageable condition. Time magazine put the drug on its cover and dubbed it a “bullet” against cancer.

Gleevec was invented in the 1990s by biochemist Nicholas Lyndon, and its success is most often attributed to oncologist Brian Druker, who pioneered its use for the treatment of CML.

But Druker’s work was built on groundbreaking scientific research carried out in the 1980s by an Israeli researcher at the Weizmann Institute of Science, Eli Canaani, working together with visiting American hematologist Robert Gale. At Canaani’s lab in Israel, he and Gale were the first to discover that when two key genes had a deviation in which they swapped pieces of genetic material, the result was a fused protein that triggered the cancer.

“This was the first demonstration that a cancer-specific DNA rearrangement joins two specific genes and causes a fusion of their encoded proteins to form a cancer protein,” Canaani said.

The abnormal fusion, known as the Philadelphia translocation or Philadelphia chromosome, results in a gene called BCR-ABL. Gleevec works by inhibiting the fusion of the BCR and ABL genes.

Until Canaani’s discovery, doctors knew about the binding of the two genes but hadn’t understood its significance.

“Along came Eli Canaani and Robert Gale, and they showed that a new gene that isn’t present in any normal cell is actually created. It then became apparent to everybody in the field that this new gene could be driving the formation of the cancer cells,” said Druker, now director of the Knight Cancer Institute at Oregon Health & Science University.

“If Dr. Brian Druker is the father of Gleevec, then Professor Eli Canaani is the grandfather,” said Eric Heffler, national executive director of the Israel Cancer Research Fund, a charity that supports cancer research in Israel and funded Canaani’s research.

Subsequent research by Canaani and countless others uncovered hundreds of gene fusions associated with cancers. The discoveries paved the path to a series of effective treatments.

Fields was not aware of any of this when he received his first diagnosis. All he knew was that he was deathly ill.

Reared in the Chicago suburb of Wilmette, Illinois, Fields had been physically active and healthy all his life. Once he got into hockey, he’d wake at 5 a.m. to play before class and return to the ice right after school. During high school, he lived away from home to devote himself to hockey.

“It’s a very technical sport, and anything that is difficult I tend to gravitate to,” Fields said in an interview in his office in Chicago, where he now works in insurance. “I like to challenge myself.”

By the time he was in his 20s, Fields was playing in the minor leagues as a defenseman, a.k.a. an “enforcer.” His job was to deter aggression by opponents through physical intimidation – even outright violence.

“I’ve been a fighter all my life,” Fields said. “I’ve gone through hell and back many times.” 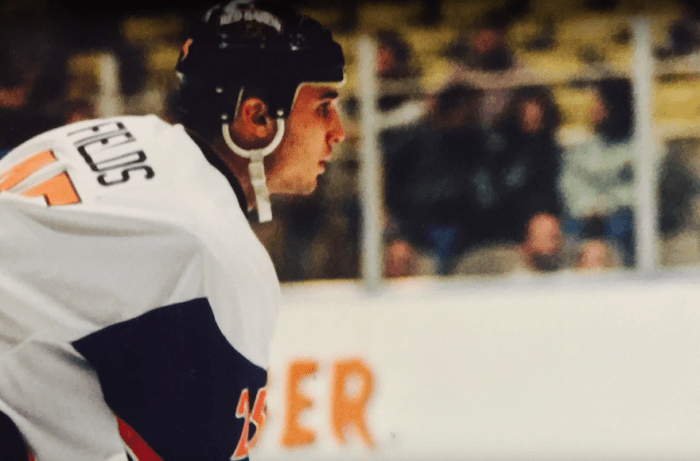 The fights Fields endured on the ice never could have prepared him for the fight for his life.

Doctors originally diagnosed Fields with acute myeloid leukemia but later discovered it was actually chronic myeloid leukemia in blast crisis, the most severe form of CML. Because Fields was an athlete and in peak shape, doctors guessed that he had had the cancer for over a year but didn’t notice the symptoms.

After his diagnosis, Fields spent three months quarantined in an airtight ICU room so isolated that hospital staff and family had to go through two separate doors to reach him.

Because of severe mucositis, an inflammation in his throat, he frequently vomited blood. Over the course of his six months in the hospital, Fields was subjected to 13 bone marrow biopsies. Each procedure entailed drilling into his tailbone to aspirate the bone marrow while he was awake.

The biggest challenge was keeping Fields well enough to endure the bone marrow transplant he needed to survive. It turned out that his sister, Jennifer, was a perfect match.

But before they could perform the transplant, doctors had to get Fields into remission, which meant bringing down the number of white blood cells spreading the disease.

“I was neutropenic — I had no defense mechanisms — so something as small as a single piece of dust entering my nose could have killed me,” Fields said.

Dr. Chadi Nabhan, the oncologist at Advocate Lutheran General in Park Ridge, Illinois, who was treating Fields, suggested Gleevec. At the time, the drug was still in clinical trials for the treatment of Fields’ form of the disease.

“Over a decade later, it is well known that you can use this drug in all stages of CML and that you can use it in combination with chemotherapy,” said Nabhan, now chief medical officer at Cardinal Health Specialty Solutions in Chicago. “But in 2003, Gleevec was not commonly used, and it was not officially recognized for the particular situation that Sam had. But he had exactly the chromosomal change that was talked about with this particular drug.”

Fields decided to take the risk.

It ended up saving his life.

“If we did not have Gleevec, I truly do not believe we could have gotten Sam into the remission we needed to do the transplant,” Nabhan said. “That is a major component to his success story.”

Fields says he’s eternally grateful for the drug that saved him. In 2015, the Israel Cancer Research Fund made him the guest of honor at its gala event in Chicago – a living example of the importance of funding early-stage scientific research into cancer.

As a hub of scientific innovation and research, Israel is an ideal place to make crucial early-stage investments in cancer research, say scientists involved with the organization. Since its founding in 1975, the Israel Cancer Research Fund has spent some $60 million in funding to countless cancer research projects in Israel. The funds come largely from American donors.

“We have the opportunity to change the whole course of cancer history,” Heffler said. “Research is very expensive — so expensive that governments can’t really afford to invest in it sufficiently. That is where philanthropy comes in. When society decides to support scientists who are devoting years of their lives to research, this is what enables medical breakthroughs.”

Though Fields is generally healthy today, he still suffers some lingering effects from his cancer, such as chronic pain.