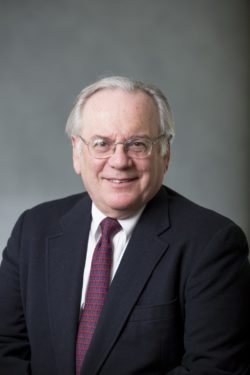 Dr. Israel joins ICRF from the Geisel School of Medicine at Dartmouth College, where he is a professor in the Department of Pediatrics, Medicine, and Molecular and Systems Biology.  From 2001 to 2016, Dr. Israel served as the Director of Dartmouth’s National Cancer Institute-designated Comprehensive Cancer Center, the Norris Cotton Cancer Center, where he was responsible for delivering comprehensive clinical care to more than 30,000 patients annually.  Dr. Israel organized Dartmouth’s cancer research efforts with an annual budget in excess of $50 million and oversaw the cancer center’s development efforts, raising as much as $10 million annually.

In response to the news of Dr. Israel’s appointment, Dr. John Mendelsohn, past President of the MD Anderson Cancer Center, remarked: “I have known Mark for more than 20 years and have followed his many important contributions to science as well as his outstanding leadership of Dartmouth’s Norris Cotton Cancer Center.  Mark is a superb choice to lead ICRF forward.  He is uniquely positioned to understand the science and to advance ICRF’s mission to discover new and more effective treatments in the battle against cancer.”

For the last 12 years, Dr. Israel has been a volunteer member of the ICRF’s Scientific Review Panel and the chair of the panel that evaluates translational cancer research proposals.

“Cancer research has never been more exciting or promising – and that is particularly true in Israel,” Dr. Israel noted on accepting this position.  “Israeli science knows no bounds. ICRF provides a singular opportunity to help build more recognition and support for the world-class cancer research of Israeli scientists, and to arm and empower its finest practitioners with the resources necessary to change the world.”
Before joining Dartmouth, Dr. Israel was Professor in the Departments of Neurological Surgery and Pediatrics at the University of California-San Francisco (UCSF) where he also directed the Preuss Laboratory of Molecular Neuro-Oncology.  At UCSF, he held the Kathleen M. Plant Distinguished Professorship. Earlier in his career, Dr. Israel held several positions at the National Cancer Institute, including Head of the Molecular Genetics Section of the Pediatrics Branch.

Dr. Israel has served on numerous boards, editorial boards, and advisory committees, including several U.S. National Cancer Institute-designated Comprehensive Cancer Center scientific advisory boards.  He is the recipient of several awards and honors, including the C. Everett Koop Courage Award, the Farber Award from the American Association of Neurological Surgeons, the Heinz Karger Memorial Foundation Prize, and the U.S. Public Health Service Commendations Medal, among others.

Dr. Israel is also an elected Fellow of the American Association for the Advancement of Science.  He holds three patents and is author or co-author of hundreds of scholarly papers.

“Mark Israel is well equipped to communicate Israel’s critical role as a major source of innovation and discovery in the understanding and treatment of cancer,” noted Rob Densen, President of ICRF International.  “We are thrilled to have a clinician, researcher, and administrator of Mark’s caliber and clear commitment to the cause as our National Executive Director.  We believe that this appointment reflects on the strength and appeal of the ICRF mission and augurs well for the future.”